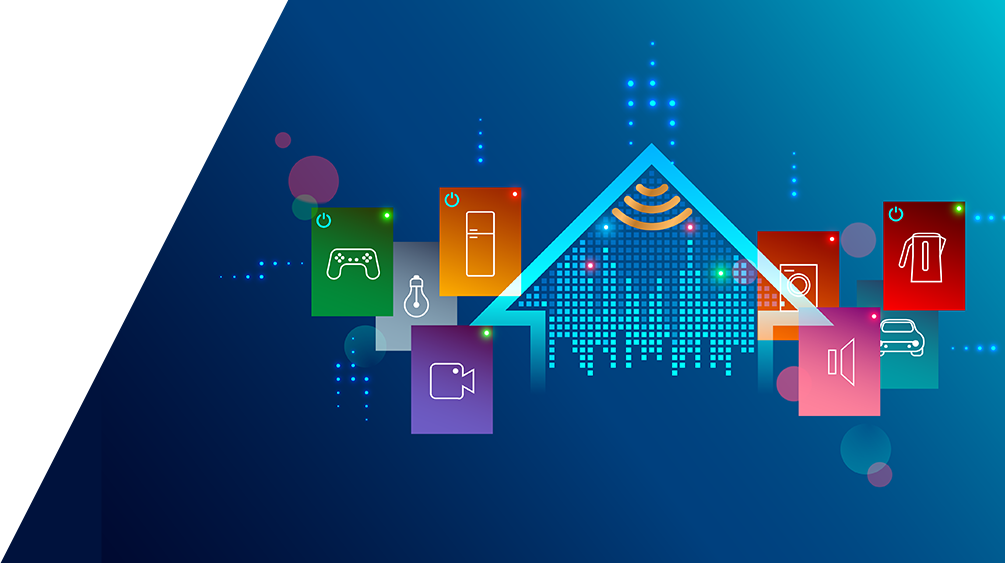 You may have noticed this as you searched for your Wi-Fi network on a new device and noticed that there were two (or even three) with the same name, but one (or two) was designed for 5GHz service. Today, we’ll go into the difference between 2.4 and 5GHz and when you should use one over the other.

In general, it boils downs to wireless range vs. speed. If you want better range, use 2.4 GHz. If you need higher performance or speed, the 5GHz band should be used.

The 5GHz band, which is the newer of the two, has the potential to cut through network clutter and interference to maximize network performance. It has more channels for communication, and usually there aren’t as many competing devices on the newer band. But by design, 5GHz can’t reach as far as the 2.4GHz. Newer routers have both, giving you a choice of which band to use.

1. Size of Your Home

Larger homes will require a greater coverage area and the 2.4GHz band is best suited for this. For smaller homes or apartments, 5GHz will not only provide greater speed, but also help with interference from neighboring networks. That said, it’s important to consider network extenders, like our WCB6200Q, which enable you to broaden your WiFi coverage while leveraging all the advantages of the 5GHz band.

The 2.4GHz band is more prone to interference because of the number of devices that use this frequency. This includes older routers, microwaves, Bluetooth devices, baby monitors, garage door openers, and more.

Is interference slowing down your WiFi connection? If so, the 5GHz will be a better option as long as the device is in close proximity to the router/access point. 5GHz also operates over a great number of unique channels. Less overlap means less interference, which equals better performance.

3. Type of Device and Application

The idea is to spread out your devices over the two bands so that there’s less competition for the same channels. By using 2.4GHz and 5GHz in concert, you can maximize your network’s performance.