2019 Fastest Airport WiFi in the US and Canada 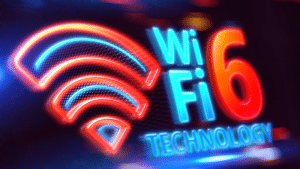 Airports are one of the number one places that demand good data connection. Most everyone knows how it goes: You want to download music, read e-books, send emails or browse the Internet while you wait for your flight. However, that gets difficult when cell towers are congested and slow from masses of people trying to connect to the WiFi all at once.

Airports have these poor connections because they are often set away from cities, solid buildings and they contain many people trying to connect to a wireless service at the same time. So, it makes sense why they are the perfect storm for slow connection speeds.

Some airports are working to offer faster WiFi connection, though. A company called Ookla is behind a site called Speedtest.net. Recently, they put together a report on the 51 largest US and Canadian airports to see which have the faster and best WiFi speeds. Here are the top three fastest WiFi results:

Travelers will find the fastest WiFi speeds at Honolulu’s Daniel K. Inouye International Airport. There, you can enjoy anywhere from 145-163 Mbps. (That’s the fastest by a landslide.)

Next up is Chicago’s Midway Airport with 100 Mbps, which is 37.5% slower than Honolulu.

The third fastest WiFi speeds can be found at Sea-Tac Airport with 98 Mbps.

Even though these are the fastest speeds, they vary quite a bit. You can find out if your usual international hub has fast WiFi speeds by visiting the Speedtest blog. There, you can also see how other airports compare to one another.

Spoiler alert: These airports have the slowest WiFi speeds

Don’t have time to look over the list right now? No problem.

If you are traveling through any one of these airports in 2019, prepare your downloads ahead of time…or bring a book: