5 of the Biggest 2019 Cybersecurity Attacks (So Far) 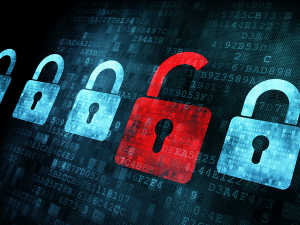 It’s only halfway into the year, but 2019 has seen some big cybersecurity attacks and tactics already. This is not to say that the back half of the year is going to be any worse or better, but these crises are good to keep in mind to make sure that Internet safety and security are top-of-mind.

Here are five of the biggest crises this year (so far) and a summary of what happened and what to look out for:

A surveillance contractor for the US Customs called Preceptics suffered a breach. The hackers stole over 100,000 photos of travelers and license plate numbers. Preceptics also lost detailed information about its surveillance hardware and how it is implemented at US ports of entry.

Hackers continue to target businesses, healthcare providers and local governments with ransomware attacks. How these attacks work is that the malware encrypts a system’s data and demands a ransom to decrypt it. Companies lose billions of dollars a year in the process.

A supply chain attack is often masked as a software update from a legitimate software vendor. What happens is that users trust the software update, install it but then it turns out to be a destructive cyberattack. The targets of these attacks are widespread.

American Medical Collection Agency is a healthcare-related debt collector. The attack on the AMCA resulted in exposed data for two of its contracted medical companies, LabCorps and Quest Diagnostics. The breach exposed LabCorps data for 7.7 million of its customers and exposed Quest Diagnostics sensitive records for 12 million patients.

The takeaway from all of these incidents is to be mindful of where information is stored and your activity on the Internet. Some of these attacks are near impossible to avoid, but being mindful is a great first step to keeping information you and your safe.