Amazon is in the Ring for Facial Recognition 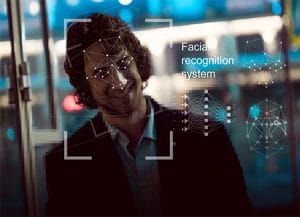 One of the patents looks at ways of using Amazon Ring’s devices to recognize “suspicious” people in a neighborhood and then automatically alert law enforcement. But what qualifies someone as a “suspicious person”? The patents describe such people as convicted felons, sex offenders or people on a “most wanted” list.

The ACLU has criticized this type of face surveillance, warning that it “poses an unprecedented threat to civil liberties and civil rights that must be stopped before it becomes widespread.” Further they reminder us that  “the history of discriminatory government surveillance makes clear that face surveillance will disproportionately harm people already targeted by the government and subjected to racial profiling and abuse — immigrants, people of color, and the formerly incarcerated.”

Here’s how Ring explained that this technology would work in one of their patent filings:

“A video may be analyzed by an A/V recording and communication device that recorded the video (and/or by one or more backend servers) to determine whether the video contains a known criminal (e.g., convicted felon, sex offender, person on a “most wanted” list, etc.) or a suspicious person. Some of the present embodiments may automatically submit such a video stream to the law enforcement agencies.”

Ring’s doorbells do not currently use facial recognition software to detect specific people, but Google’s Nest Hello video doorbells do with friends and relatives. However, neither of these devices connect to law enforcement.

Amazon isn’t the only one getting backlash. There have been a handful of civil rights controversies to come out of the US Patent and Trademark Office this year. For example, Walmart filed for a patent to eavesdrop on their shoppers and employees in stores. Nothing has been implemented yet, and Walmart has not disclosed whether it really will be or not.

The ACLU’s recent critique centers around concerns about Ring’s patent applications. ACLU’s Jacob Snow says that “Amazon is dreaming of a dangerous future, with its technology at the center of a massive decentralized surveillance network, running real-time facial recognition on members of the public using cameras installed in people’s doorbells.”