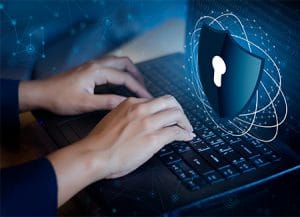 Apple put a stop to Facebook Research App. It is no longer available on Apple’s app store.

First Apple busted Facebook for offenses with its VPN app claiming to be for research. The App was tracking users’ phones and web usage. Then, Apple banned Facebook from distributing its research app on Apple’s app store. Apple blocked the VPN app before the social network could voluntarily shut it down.

Granted, Facebook paid users for their information. However, some of the users were teenagers.

Users needed to install the VPN app, that essentially tracked all of the user’s data. For $20 a month (and referral fees), the app reportedly asked users for root network access to all data passing through their phone. These paid users were between the ages of 13-35 years old.

Facebook defends itself saying that it had permission to track and gather this personal information from all users and that only 5% were teens. Of this small percentage, Facebook claims to have had parental permission. However, Facebook’s history on defining what consent means has been loose.

Another issue that Apple revealed was that Facebook used a distribution system called Enterprise, which is intended only for distributing internal corporate apps to employees, not paid external testers. Apple has since revoked that capability.