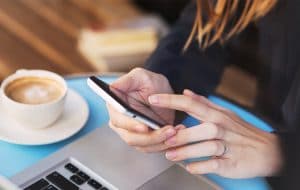 Have you ever accidentally subscribed to apps or purchased in-app upgrades on your iPhone? It happens to the best of us.

Not anymore, though. Apple recently announced its next step to protect users from accidentally purchasing a subscription or in-app purchase that they do not want. These in-app purchases will now require you to confirmation the purchase.

What was the problem before?

Before these changes, people were accidentally making payments they didn’t want because of a problem with Touch ID. Here’s what was happening.

Users would get a pop-up message asking if they’d like to subscribe or upgrade. When they pressed the home button to exit out of the app, Touch ID was registering their fingerprint and authorizing a payment instead.

The new confirmation alert should prevent these accidental purchases.

Now how do I make an app or in-app purchase?

How users purchase new apps or in-app upgrades and subscriptions isn’t changing. Users can still make these purchases with Touch ID or Face ID. The difference is that users will see an additional pop-up message after using either of the ID functions that says, “Confirm Subscription.” This alert allows users to confirm that they really want to make the purchase or acts as a defense in case buying the subscription was an accident.