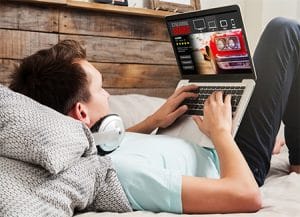 According to Deadline Hollywood, AT&T revealed its plans for a streaming service that it expects to launch in the fourth quarter of next year (2019).  While it has not yet been named, nor have they disclosed pricing information, AT&T did share some details,

The new service will offer three plans to choose from with varying levels of content.

Even though there’s no mention of pricing yet, the company said that the service would present licensed material from HBO, Turner and Warner Bros WarnerMedia’s library.

Why is AT&T just now getting on the streaming service bandwagon?

AT&T CEO Randall Stephenson noted that the Justice Department lawsuit, which delayed AT&T’s closure of its $81 billion Time Warner Inc., delayed the company on these plans. However, now they are joining the game.

Though AT&T hasn’t released a ton of information on this service, Stephenson did say that the service will do the following: