Apple Says No to Apps with Screen-Recording Code 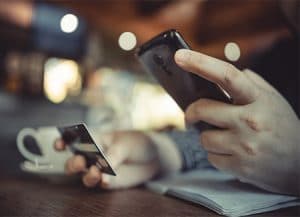 Apple is cracking down on developers. If their app contains screen-recording code, or a “session replay” feature, they’re at risk for getting removed from the App Store. Some big companies use analytics tools to record every swipe and tap users make within an app. This data may seem harmless enough, but Apple is saying no more.

Glassbox is one company that has provided the screen recording technology. Some of the big companies that have been outed include:

Below is one part of Glassbox’s full statement on the issue:

We don’t simply record data and provide customers with session replay. Brands come to us because Glassbox means source-proof, tamper-proof, encrypted records of digital activity. These characteristics make Glassbox invaluable, not to ‘spy’ on customers, but to (a) aid in creating the best and easiest digital journey, and (b) protect both brands and customers with evidential truth that allows for safe and compliant digital experiences.

There are two primary issues. First, many apps that use Glassbox technology do not ask permission to record screen usage and gather the data. This goes against the App Store Review Guidelines, which  require that apps “request explicit user consent and provide a clear visual indication when recording, logging, or otherwise making a record of user activity.”

A second issue is that personal data is getting out, including passport and credit card information.

The company is reaching out to iOS app developers that are violating the policy. Apple is insisting that they take immediate action to remove the code before the company withdraws the entire application. They have given each developer one day to take action.