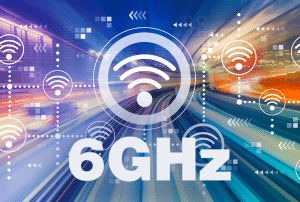 Late last year, the Federal Communications Commission (FCC) opened up the 6GHz wireless band for unlicensed activity. As a result, Big Tech saw an opportunity to get some of the 1,200MHz wireless real estate for devices entering the new 5G world of connectivity. So, the companies collaborated on sending a letter to the FCC that pushes the idea that “the FCC can accelerate 5G services while protecting incumbent operations by enabling very low power portable class devices in 6GHz,” (as the letter is titled).

Some of the 6GHz microwave antennas are already used for backhauling communications by the cellular industry and utilities like water and power. These industries expressed concerns about interference should Big Tech get its hands on some of this real estate.

Apple recently joined the rest of the big tech companies lobbying for the FCC to approve a new category of WiFi devices. Large companies like Google, Facebook, HP, Qualcomm, Microsoft and now Apple all want Very Low Power (VLP) WiFi devices. With 6GHz, these VLP devices would have new types of short-range connectivity, which would be useful for mobile AR/VR devices, UHD video streaming, in-vehicle entertainment and high-speed tethering with smartphones, laptops and tablets.

The companies noted that even at close range, the VLP mobile devices wouldn’t be close enough to the microwave antennas to interfere. That, and the signals are too weak to pass through both people and objects.