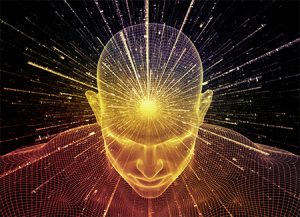 In a study published by PLOS ONE,  an intracortical brain-computer interface (iBCI) was shown to enable people with paralysis to operate an off-the-shelf tablet by thinking about making the cursor move and click. The trial included three participants with tetraplegia (quadriplegia).

First, the participants receive an investigational BrainGate brain-computer interface implant. The implant detects the brain’s motor cortex signals that produce movements, or intended movements. Then, these brain signals route to a Bluetooth interface configured to work as a wireless mouse. This virtual mouse pairs to an off-the-shelf Google Nexus 9 tablet, which had all preloaded accessibility software turned off.

This study has the potential to open critical new lines of communication between patients with severe neurological deficits and their health care providers. Since the BCI system does not require a special assistive communication technology to function, it’s very accessible.