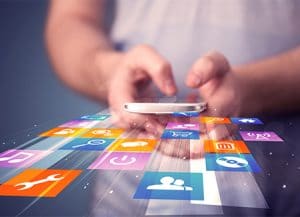 Facebook recently announced that it is revealing some of its artificial intelligence capabilities to the public for free. This is the same AI that Facebook uses to encourage people to chat and post by figuring out which notifications would most likely get a user response.

Now, people will have access to Facebook’s Horizon coding tools to create their own software. People can learn to do tasks by trial-and-error, create the newest addictive apps, tell computers what to do and more with this information, and technology.

Facebook used the technology to teach its computers to figure out notifications that get a response. For example, FB computers know that a user may respond to their mom liking their latest post. However, the same user may not be as likely to respond to a dozen others that like the same post, because that the user barely interacts with them on the platform.

Who Else Uses Horizon AI Tools?

Google is also using and researching Horizon artificial intelligence technologies. One way Google implemented the reinforced learning tools is with their computers’ cooling systems. With the technology, the computers learned to adjust their cooling systems to cut down on power use.

The overall goal of releasing an open-source, free artificial intelligence tool is to encourage more coders to experiment with cutting-edge technologies.

Companies like Facebook, Google, Microsoft, and others are increasingly releasing their internal AI tools for free. Their hope? To familiarize developers with their technology and thereby recruit top talent.