FTC Says We Pay Too Much for Smartphones 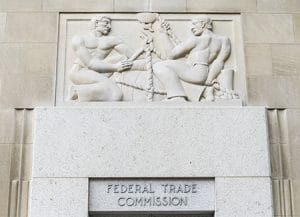 The US Federal Trade Commission (FTC) says that we pay too much for smartphones. Why do they believe this? Well, it doesn’t blame the big players like Apple or Samsung, as you might think. Instead, FTC accuses the chipmaker, Qualcomm, of the price markups.

Qualcomm owns wireless technology patents and makes chips found in most Androids and iPhones. Consumers end up paying high prices because Qualcomm charges the companies that use their chips $7.50 per phone for the right to use their technology. Apple has stated that this royalty charge has added up to billions in a year.

Qualcomm tried to defend itself saying that it charges a separate patent royalty because it does not factor the price of its intellectual property into its chips.  The company also claims that it has not raised its patent royalty rates as its market share has grown.

Apple has sued Qualcomm in three different countries over these charges. Since 2016, Apple has moved to use Intel chips.

In early 2017, the FTC filed a complaint against Qualcomm for antitrust violations. They charged the company with “using anticompetitive tactics to maintain its monopoly in the supply of a key semiconductor device used in cell phones and other consumer products.” Intel and Apple backed the FTC in this suit. The case only recently went to trial.

Still, Qualcomm combats accusations saying that it faces more competition in the chip market than ever and that it hasn’t harmed competition, such as Intel, MediaTek, and Samsung. However, the FTC sees Qualcomm as a monopoly in the mobile chip industry.