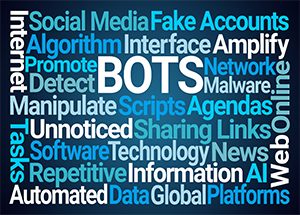 Some of America’s largest tech companies are zeroing in on Iran and clearing out their online networks of fake accounts, videos, and social media posts. Google, Facebook, and Twitter specifically  are raising their efforts focused on the cyber mischief involving spreading misinformation. Facebook and Google found these malicious accounts by collaborating with FireEye, a security company.

These mega platforms are removing any accounts linked to an Iranian “influence operation.” Facebook and Twitter announced that they are levering their platforms to remove content. Google is now doing the same on several sites.

Facebook, Google, and FireEye all agree that the signs point to this “influence operation” being a way to try and sway Western political opinions in Iran’s favor. They also warn that in addition to Iran, Russia is actively creating and using fake accounts.