Man in High Castle Will Stream on Amazon Prime 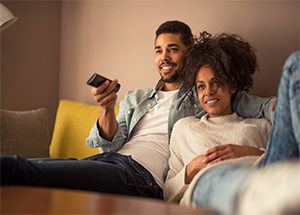 Based on the Hugo Award-winning 1962 alternate history novel by Philip K. Dick, Man in High Castle tackles an imaginary world where the Allied Powers had lost World War II, allowing the Nazis to invade America successfully.  In this dystopian alternate history, Germany controls much of the East Coast while Japan controls the West Coast. The Rocky Mountains maintain the “neutral zone,” which is a ground zero for resistance and is led by the mysterious figure known only as “the Man in the High Castle.”

Citizens either struggle with fear and oppression or accept their lives, but when a series of questioning films surface and depict the world vastly different from their own, some begin to examine the nature of their reality.

In Season 3, characters face hope and growing resistance as they fight for the world that they want. Man in High Castle will only stream on Amazon Prime.