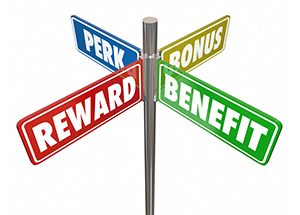 NBCUniversal debuted an app called WatchBack. This app is ad-supported and lets consumers view samples of TV episodes or clips for free in exchange for the data on their preferences and online viewing habits. NBCU generated a mix of content with dozens of digital partners to bring rewards to viewers as well. These partners include Best Buy, Amazon, Macy’s, Target and Walmart. Viewers can redeem the points for gift cards form these retailers.

The WatchBack app launched on October 5, 2018 Initially, it is only available on iOS devices, but consumers can expect an Android version soon. The app provides access to shows from NBCU’s network, including E!, Oxygen and CNBC among others. Additionally, the app features content from over 60 third-party, digitally-focused programmers or studios like BuzzFeed, Newsy, Tasty, Mashable, Refinery29, and CollegeHumor.

Reportedly, the long-term goal of the app is to make sampling new programs easier for consumers, while creating new fans for NBCU and partners. The app’s first run is limited to US consumers 18 years or older, and allows for registered users to stream on two devices at the same time. WatchBack also runs Sweepstakes that offers prizes. However, the prize value will expire if users are inactive for 90 consecutive days.

The looming question around NBCUniversal’s WatchBack app is whether it will be around for the long-term and help programmers and OTT video players get a fix on viewing insights, or if it is merely a short-lived experiment.