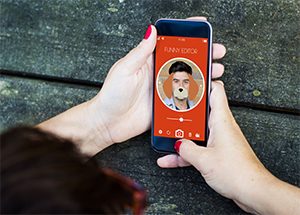 Other than sending silly pictures to your friends through Snapchat, the best part about the app is arguably the different filtered lenses. Over the past few years, they have become very popular. Now, Snap, the maker of Snapchat, has released a new application called Snap Camera.

What is Snap Camera?

Snap Camera is a desktop app that lets you use the same Snapchat Lenses filters on your computer. The app works with any Mac or Windows desktop computer device that has a built-in camera, and it offers a ton of Lenses. The app is similar to Apple’s Photo Booth app that you find on Mac computers. However, Snap Camera has much more to offer.

What can Snap Camera do?

Snap Camera is not only a re-make of Snapchat for your desktop. This app allows you to take pictures or videos and save them to your computer, and it also lets you use the Lenses on third-party desktop apps. For example, you can use a Lens while you make a YouTube video, while you use Skype or Google Hangouts.

How to use Snap Camera

You do not need a Snapchat account to use Snap Camera on your desktop. You can download the app to your desktop device that has a built-in camera and start using it today.

Once you are in the application, you have access to thousands of filters, as well as the Studio tool, which allows you to create your own. Already, users have created over 250,000 filters in the Snap Camera Studio tool.

Because of the third party Lens function, Snap and Twitch have partnered up to bring the augmented reality Lenses to the video-streaming website. Twitch will now allow streamers to use the Snap Camera Snapchat lenses during their live streams. The other bonus is that Twitch streamers and viewers will have access to custom Twitch Lenses.

How Twitch Steamers Use Snap Camera

Streamers can easily use the app by downloading it to their desktop and adding it to their Twitch account. Users then choose a Lens to “wear” during their streaming session. Snap also designed some of these filters for particular audiences, such as fans of League of Legends, PUBG, World of Warcraft and Overwatch. When they use these Lenses, Twitch has hopes that their viewer numbers will rise and that they will want to use them, too. Streamers can also reward their fans with bonus Lenses that are custom-created as a part of the new partnership between Snap Camera and Twitch.

How Twitch Viewers Use Snap Camera

You still do not need a Snapchat account to use Snap Camera with Twitch. However, Twitch does hope that this will drive more viewer traffic, especially to the mobile app. For example, on the Twitch mobile app, viewers can unlock Lenses that their favorite streamers use during their live streams. To unlock these fan Lenses, you have to scan the Snapcode that shows up on your screen. With the Snapcode, you can also subscribe to Twitch channels.

Snap Camera has a lot of potential in the video-streaming realm. To start, Snap says that it wants to perfect the Twitch integration before jumping into new partnerships.