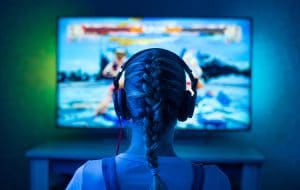 While the ever-popular videogame, Fortnite, generated over $1 billion in revenue in 2018 and has gained over 200 million registered users, its popularity has had some backlash.

Fortnite is a hot topic for those speaking out about the harms of videogame addiction. This video game gets blamed for a lot of problems. One of the advocates against Fortnite is Prince Harry, Duke of Sussex.

Recently, Prince Harry addressed the topic of videogame addiction. He believes that Fortnite is “more addictive than drugs and alcohol” and should be banned. His solution is to encourage parents to take away controllers and tablets, having their kids interact with others kids and experiencing the outside world more often.

Prince Harry is not alone in this call-to-action. The World Health Organization also believes that video game addiction is a disease and causes definite health concerns.

In Prince Harry’s push to advocate the banning of Fortnite, he and Meghan Markle, Duchess of Sussex, created an Instagram account. The account gained over 1 million followers in just five hours and 45 minutes.

As of now, Fortnite is not a banned game. Still, some believe it should be.