DC Comics’ Publishers Talk About What Fans Can Expect 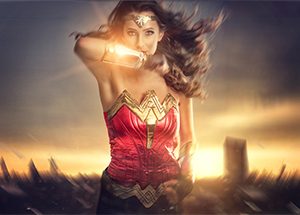 In an interview, DC Universe publishers’ Dan DiDio and Jim Lee break down what fans can expect in the near future regarding the new imprints DC Ink and DC Zoom, as well as the DC Universe streaming bundle this fall. To DiDio and Lee, stores that sell the comics are still important to DC. At the same time, they are both interested in seeing their heroes in new horizons.

Their sights are on presenting their stories featuring the same iconic characters, but with new twists and turns. For instance, you may find their heroes portrayed in different ethnicities, or at different pivotal points in life. Lee states that the purpose of this whole renewal is to push their creators to do what they haven’t done before. They want to create new stuff instead of only recreating the past.  In fact they “want to honor the past by blazing new trails going forward. That’s the motto.”

DiDio and Lee also commented on the outcry about spoiling the storyline in Batman #50, saying that they “could have done a better job” with their words. Despite selling out of the issues, to make amends, they made all of the books returnable and agreed to do better internal reviews going forward.

You can read more of the interview here.