Does Your Fancy Monitor Have a 4K Display Inside? 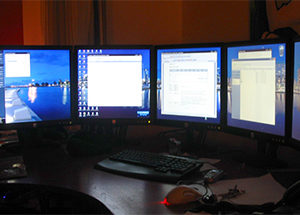 In order to pass the 4K monitors as a QHD, it must be downscaled, which results in lower-resolution displays. Thanks to firmware preventing you from upscaling, screens are reportedly locked at a maximum QHD resolution regardless if its 4K or not.

Reportedly, some unnamed manufacturers have been using 4K UHD (3840 x 2160) panels instead of the proper QHD (2560 x 1440) panels. This means that your advertised QHD-resolution displayed monitor may actually be a downscaled 4K monitor.

All of this causes more problems than you might expect. It could pay to figure out what kind of monitor you have.