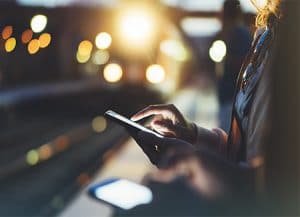 Picture this: You are talking to your best friend through four different social platforms, and you have four different conversations happening, too. You have Facebook Messenger, Instagram DM’s, Snapchat and Twitter all going at once. You know how this goes.

Sometimes this is funny, but mostly, it’s ridiculous, right?

Well, Facebook might have a solution. Their vision is to allow users to send messages to one another without having to switch apps. This messaging app merge includes Facebook Messenger, WhatsApp and Instagram messaging. However, Facebook wants to accomplish this one-stop-shop messaging platform while still keeping the brand identities separate.

How will this work?

All three apps will remain separate. However, they will come together under one messaging platform or protocol. A user could send a message to their Facebook Messenger-only friends without having to leave WhatsApp.

This idea is still in its vision stage but may come to life by the end of 2019 or early 2020. However, to cover the bases on security, Facebook did state that the apps would include end-to-end encryption, which makes sure that only the participants of a conversation can view the messages being sent.

Why only these three apps?

Facebook could make more money from ads with users spending much more time in chatting apps that Facebook owns than if they used Apple or Google-owned platforms. Facebook sees messaging playing a significant role in the company’s future.