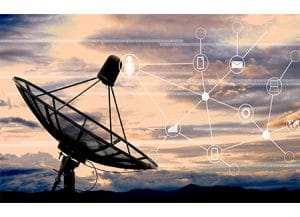 What exactly did the FCC approve?

The FCC approved over 12,000 satellites (and counting) at an estimated cost of $10 billion. If the Starlink project goes according to plan, the satellites will deliver broadband services around the globe.

As of November 2018, the FCC has approved the construction, deployment, and operation of its non-geostationary orbit (NGSO) satellite systems in the V-band frequency. The FCC has also approved petitions from Kepler Communications, LeoSat, and Telesat for similar NGSO plans. This access includes IoT and smart cities use cases. The approval means there’s an opportunity to provide broadband services in remote areas and urban.

When does SpaceX’s project Starlink begin?

The first group of satellites should go up in mid-2019. The second group will complete deployment in the mid-2020s.

Though the FCC gave many approvals, it is also mindful of potential space debris in this “New Space Age.” The FCC proactively launched a review of rules to mitigate space debris. The Notice of Proposed Rule Making (NPRM) aims to improve the disclosure of debris mitigation plans, satellite disposal reliability and methodology, and a focus on NGSO satellite constellations.