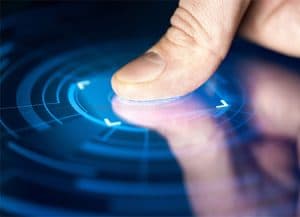 Soon the days of misplacing your car keys could be behind you. New technology, such as fingerprint sensors in cars, is on the horizon.

Hyundai Motor Company plans to phase out car keys starting with the 2019 Santa Fe SUV model. This model will rely on smart fingerprint technology to start the engine.

Here’s how it works

The car houses a fingerprint controller that reads and stores the encrypted data, processes it and then identifies an individual. Therefore, the driver can unlock the car doors by placing their fingerprints on the door handle sensors.
In the same way, the driver can then start the car by touching the ignition, where there is also a fingerprint sensor in place of where the key slot used to be.

In the future, Hyundai plans to use the sensors to customize other features, too. The company wants to merge the collected fingerprint data with driver preferences, like mirror angles, connected car features, temperatures, and seating positions.

How effective is the technology?

Hyundai used capacitance recognition to combat forgeries and fake fingerprints. According to Hyundai, this recognition feature “detects differentials in the electricity level in various parts of the fingertip.” The company is confident that this new feature is safer than using conventional car keys. They say that falsely identifying someone else’s fingerprints has a chance of “only one in 50,000, making it five times more effective than conventional vehicle keys, including smart keys.”

Consumers can plan to see the 2019 Santa Fe SUV on the market in the first quarter of 2019. Once all of the initial testing is completed, Hyundai says that it plans to expand these features into other markets.