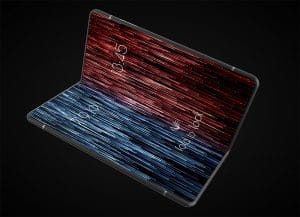 The biggest device news at this year’s Mobile World Congress 2019 in Barcelona was all about foldable smartphones and the race to lead this new, high-end market. While 5G was still a large topic, foldables dominated.

The topic of foldables has been floating around for some time. Now, in 2019, they have become a reality, and big players in the industry are racing to release them, including Samsung, Nokia, Huawei, Sony, Xiaomi, LG and ZTE.

Samsung was the first to release a foldable phone with its Galaxy Fold. Huawei followed shortly after with the Mate X.

While the race is on to create the best of this new wave of smartphones, the high price points and unknowns its usefulness could limit the initial attraction. Time will tell. The Huawei Mate X has a higher-resolution and larger screen but costs a whopping $2,600. The Samsung Galaxy Fold is going for $1,980.

Can’t justify the price of a foldable phone quite yet? Here is more 5G smartphone and device news that came out of MWC Barcelona 2019: