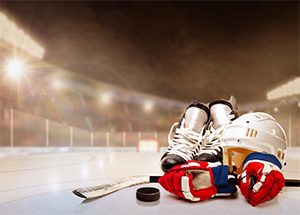 NHL.TV – the official streaming channel for the NHL. You can purchase NHL.TV all-access for $139.96/season, which includes every out-of-market regular season game. Or, you can buy the single-team package for $111.96/season.

Fubo TV – a streaming service dedicated to sports. With Fubo TV you can watch the NHL playoffs and live stream the regular season games online on NBC, NBCSN, CNBC, and USA networks.

Sling TV – compatible with devices like Apple TV, Roku, Chromecast, iPhone, iPad, and Mac. Sling TV offers two packages: Orange and Blue. Sling Orange is $5/month, and when you add on the News Extra package for an additional $5/month, you get all of the NHL Playoff channels: NBC, NBC Sports, NBCSN, CNBC, USA, and (bonus) NBC Golf.

DirecTV Now – Watch the entire NHL season through DirecTV Now with the sports package added to your base package.

Hulu Live TV – Starting at $39.99 a month after the free trial, you can stream all 2018/2019 NHL season coverage with Hulu Live TV. You can watch games on your phone, TV or other streaming devices. Or, you can record the games to watch later. This option is great to watch live sports without having cable.

The season begins with a four-game slate, highlighted with the Washington Capitals raising their first Stanley Cup banner before taking on the Boston Bruins at Capital One Arena.