How WiFi 6 is better than WiFi 5 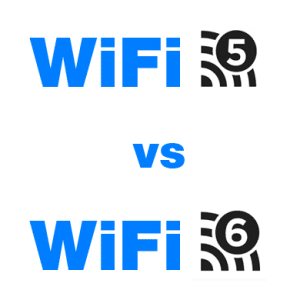 Remember when WiFi 5 was the shiny new thing in 2014? Well, later this year we will receive WiFi 6 and get that Christmas-morning feeling all over again. WiFi 6 is proven and promised to be faster, more secure and have more reliable connectivity. But how much better is it exactly? Check it out:

WiFi 6 has more efficient coding and higher throughput, which is how it can offer faster speeds. When you use a single device on WiFi 6, the maximum potential speeds are close to 40% higher than WiFi 5 or previous WiFi generations. Overall, WiFi 6 has a 9.6 Gbps speed, which is a theoretical maximum. That’s a 6.1 Gbps increase. However, the whole 9.6 Gbps doesn’t need to go to one single device, it can be dispersed across a network of devices to make them all faster.

With WiFi 5, the wireless access point could talk to more than one device at a time, but it couldn’t respond at the same time. This means that each device had to take its turn receiving the signal. With WiFi 6, the access point will be able to talk to and respond to all devices simultaneously.

We all know the frustrations of being in a coffee shop or an airport and trying to connect to the WiFi and it being so slow. WiFi 6 will relieve this frustration because it will have the power to perform even in congested areas. On WiFi 6, access points near each other can configure to have Basic Service Set (BSS), which allows the network to identify a weak signal, ignore it, and move forward with its own transmission signal without lag.

Better battery life for your devices

WiFi 6 will also offer a feature called Target Wake Time (TWT) which tells a device when to accept a transmission signal and when to “go to sleep.” This feature will help devices conserve power and have longer-lasting battery life.

There are two other noteworthy features that WiFi 6 has over WiFi 5. The first is beamforming, which improves the signal power for higher rates at a given range. The other is 1024 quadrature amplitude modulation mode (1024-QAM), which increases throughput by 25%.

Overall, WiFi 6 is going to be much better. Say goodbye to slow and poor connection frustrations. They are likely a thing of the past.