Tell a Story with the Osmo Pocket Handheld Camera 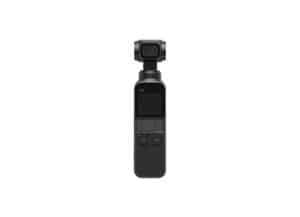 The Osmo Pocket is the smallest 3-axis stabilized, handheld camera that DJI has designed. It will actually fit in your pocket like the name suggests.

The Osmo Pocket uses a “gimbal,” which is a tool in videography that uses a set of motors and sensors to keep the camera steady. A gimbal is like a small, handheld tripod. The result is smooth footage while maintaining the ability to move around the scene.  In real time it precisely adjusts for your movements like uneven walking or shaking hands, making any video turn into a movie-like scene.

The device offers a number of intelligent functions that allow a user to create filming effects that currently are not possible on smartphones. Below is a summary of these functions: