The Effect of Big Tech Moving into the East Coast 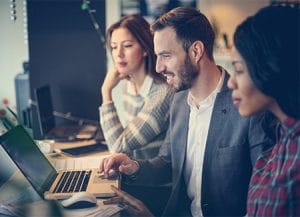 Amazon and Google each announced plans for expanding operations into the US East Coast.

Amazon will set up its second headquarters split between Long Island City, NY, and Arlington, Virginia. The company has plans to invest US$5 billion and hire about 50,000 workers. Google announced plans to add 12,000 workers in New York City and either buy or lease a 1.3-million-square-foot office building.

It is clear that these expansions bring the promise of new jobs. However, how else they will affect these cities in other areas like transportation and housing?

The East Coast is going to start looking more like the West Coast tech hub.

With Amazon’s new headquarters, high-paying tech jobs will increase substantially. However, only about half of the jobs at Amazon’s HQ2 will be in tech. The other 50% will likely be in support positions such as accounting, marketing, human resources and custodial.

Regardless of the job title, the salaries for many of these positions are expected to pay above the median for the areas where the headquarters will be located. Amazon stated that the average annual salary at its two new locations would be $150,000.

Amazon wanted to move into a city that could expand quickly, but this had residents worried about their housing costs shooting through the roof.  According to Zillow, Amazon’s first headquarters in Seattle saw home prices increase by 73% and rental prices jump up 31% over the last five years. Zillow chief economist Aaron Terrazas believes that Arlington and Long Island City shouldn’t see this same increase because both cities historically are able to expand quickly.

Regardless of each city’s well-developed public transit and air travel infrastructure and large labor markets, both Arlington and Long Island City will still need to invest in housing to accommodate the influx of HQ2 workers.

Although both cities have well-developed transit, the influx of people will demand investments in repairs and upgrades to prepare for the new commuters. Both areas have pledged to make these investments to improve transportation.

Virginia will $195 million on transport projects like adding new entrances for two Metro stations, improving the U.S. Route 1 corridor and building a pedestrian bridge that connects the neighborhood where the headquarters will be to Ronald Reagan Washington National Airport.  Arlington and Alexandria are investing a further $570 million.

New York is currently improving LaGuardia and John F. Kennedy International Airports. In addition, they will add a connection to the new Penn Station and incorporate ferry service to connect the Long Island City area to Manhattan. New York City has also committed $2.4 billion to infrastructure in Long Island City.

Amazon’s Wins in the Bidding

All of these improvements are not one-sided. Outside of new jobs and an influx of workers, Amazon has made other promises to these cities with this move, too. The company will host an incubator for tech startups at its NYC location. It will also donate land for a new grade school near its campus.

There is no doubt that with the influx of tech companies like Amazon and Google, cities will prepare for the surges in demand. We will have to wait and see how these transformations play out.