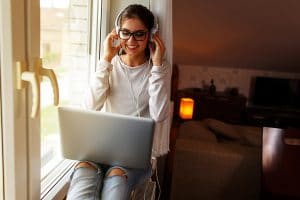 These days, most people are using some sort of music streaming service. Whether that’s Spotify, Apple Music or Amazon Music all of these services see a great share of paying subscribers and free users.

While Amazon is already the top-dog in most areas, the company wants to increase its visibility as a streaming music player. It’s not much of a secret that Spotify and Apple Music take most of that music streaming share. However, research shows that in the past year, Amazon Music Unlimited streaming service grew by 70%. There isn’t any specific information on whether that number includes free users and trial subscriptions in addition to its paid subscribers. This significant growth is due to one thing that Amazon has over all of the other music streaming services: the widespread reach of all Amazon smart speakers and Alexa devices in consumer homes.

When Amazon smart speaker users and Alexa device users use the voice command “Hey, Alexa” to request a song, the voice assistant automatically streams from Amazon Music by default unless the user specifies another streaming service. This strategy has a lot to do with Amazon Unlimited Music’s standout growth.

Even with a significant growth in the past year, Amazon’s music streamer subscriber count is only around 32 million. To compete and see similar numbers to Apple Music and Spotify, Amazon has a way to go. Apple Music has around 60 million streamers and Spotify has around 100 million.