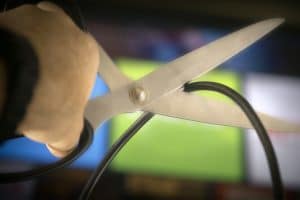 Virtual MVPDs are reporting subscriber gain but at a slower rate from last year. Virtual MVPDs such as DirecTV Now, Sling TV, Hulu, YouTube TV, Philo and fuboTV gained 563,000 subscribers this year, showing a significant drop from the 722,000 subscriber gain from 2018. MoffettNathanson attributed the slowing growth to password sharing, the resurgence in over-the-air broadcast TV antennas, and subscribers narrowing their subscriptions to single VoD services.