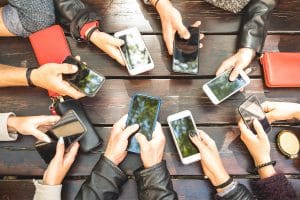 Smartphone shipments are forecasted to decline 1.9% from 2018, marking the third consecutive year of market declines. The dip in shipments can be attributed to highly saturated markets in developed countries and slow churn in some developing countries. IDC forecasts a 5.5% decline in shipments in the first half of 2019 followed by 1.4% growth during the second half of 2019.