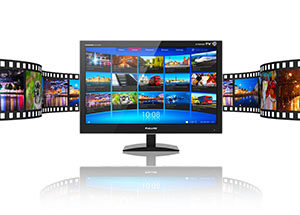 In their report The Battle for the American Couch Potato, Convergence Research Group reported a dramatic a shift from cable subscriptions to streaming video services, especially in the last year. They estimated that traditional pay TV providers lost 3.66 million subscribers in 2017, up from 2.2 million in 2016.  In addition, streaming video revenues increased by 41% ($11.9 billion) among 55 operators.

Cord cutting is no longer a millennial phenomenon but is now embedded in mainstream audiences. 32.13 million US households do not have traditional pay TV of any kind and use only streaming video for their viewing entertainment source.

Contributing to this trend are newer broadband customers who are more cost conscious, choosing OTT over more expensive cable options. Government initiatives promoting affordable broadband have helped the cause. We expect that cable TV providers will reinvent themselves to stay in the game.