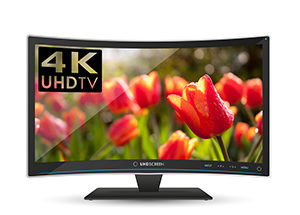 Khin Sandi Lynn, an industry analyst from ABI Research, says that the key to driving 4K TV shipments is with “better visual experience and availability of 4K content together with declining price points.”

At least one flat panel TV is found in over 85% of global households. While consumers switch from HD TV to 4K Ultra HD TV, the market is expected to grow. Streaming services such as Netflix and Amazon Prime already offer increased amounts of 4K content, and pay TV service providers are also investing in providing 4K content.

Right now in 2018, Asia-Pacific shipments reach 37% of all global units shipped, which is highly represented by the Chinese market. North-America and Western Europe have the highest penetration, which combined are almost half of all worldwide shipments.