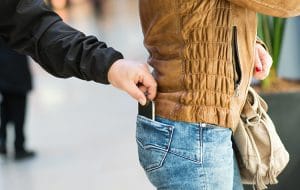 Mobile carriers are losing billions of dollars in revenue because of large amounts of stolen smartphones. Whether people are stealing these smartphones from shipments or off of shelves, the robberies are increasing worldwide at rate of about 200% year-over-year.

Reportedly, the US has lost over 4 million pre-paid devices, costing approximately $900 million. In addition, Verizon has reported that roughly 7,000 of its customers are affected by smartphone theft crimes every month. That’s 84,000 customers a year for just the one carrier.

How Carriers Can Stop Smartphone Theft

Mobile carriers are actively working to stop smartphone theft. Here are five ways mobile carrier companies can make an effort to stop the problem from persisting.

While this type of security does add a layer of protection, it is easily hacked and only protects devices after they are activated by users. This means that while the devices are in transit, they are vulnerable to being stolen.

Verizon is the only mobile carrier that reportedly still sells unlocked devices. However, the carrier is exploring a new software which puts a temporary lock period on each device to prevent customers from switching to another carrier for 60 days after purchase. After this two-month fraud-safety period, the phones unlock automatically.

This tool embeds remote lock and unlock technology into a device’s secure hardware during the manufacturing process, giving carriers full control. This prevents stolen devices to be unlocked and reused by the obtainer.

Lastly, the best approach to protecting smartphone theft is for carriers to use a layered approach. Putting more than one security measure in place helps make sure that any area of vulnerability is covered. Here’s what this layered approach looks like: