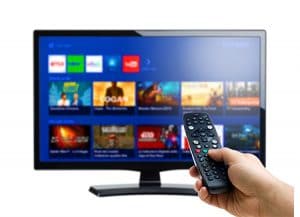 Factors that influenced US broadband households to switch, downgrade, or cancel their pay-TV service include: cost, poor customer service, show options, unreliable service, and time. Nearly 60% of those surveyed said their pay-TV service wasn’t worth the monthly cost. Additionally, the number of US broadband households who don’t subscribe to traditional TV increased from 16% in 2011 to 22% in 2017.