Just When Did Our SmartPhones Take Over Our Lives? 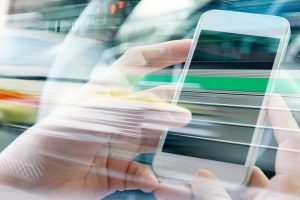 Stay outdoors or in any public place long enough, and you’ll see it firsthand—countless people totally immersed in the glowing screen of their cell phones. And if this feels like this is the case even more so than the last year or two, you’re not imagining things. Mobile Metrix and comScore Media Metrix released a report recently showing total smartphone usage in the U.S. has nearly doubled from three years ago. During that same period, tablet usage trended upward by a healthy 26%, while desktop usage was down 8%.

The interesting part, however, occurred in just the last two years. Since 2014, smartphones have driven all of the growth in consumer and business digital media, while desktops and tablets experienced some erosion. This is noteworthy because desktop usage had stayed stable for an extended period of time, even after the introduction of the smartphone.

So what happened recently to knock the desktop off its throne? The most widely held conviction is that smartphones finally became the default device for accessing the internet.

The desktop held this enviable position for many years, but today when people need to complete an online task, they tend to opt for their smartphone. Desktops and tablets, on the other hand, are being relegated for more complex projects—such as reading or doing extensive research for an e-commerce purchase.

Other key factors contributing to the smartphone’s victory over the desktop are it ever-increasing screen size, faster connection, and a greater number of services and apps. In the end, there is little doubt that the smartphone will continue to dominate our digital lives for years to come.