Kids are Pressing Parents for Faster Internet and it’s Working 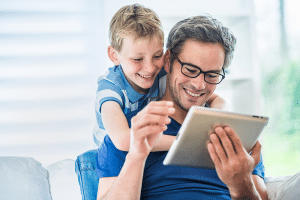 Are your children pressing you for faster internet connection? You’re not alone. A study conducted across the UK showed that half of the nation’s 5 to 18-year-olds are pressing their parents for faster and more reliable internet connections. Kids are insistent on faster speeds for gaming, streaming and social media. As a result, half of the parents surveyed said they switched to a different provider within the past five years to get faster and more reliable connections – not only for their kids but for themselves, too. Here are some other numbers from that study:

The overall theme for switching providers is definitely because of slow speeds. However, the catalyst for the switch was commonly because of their children wanting it.

The study also showed that the average age of a child using the internet without supervision is nine years old, with a percentage starting as early as one to four years old.

With kids starting to use the internet younger and younger, and currently being on summer vacation, the drive for faster internet is even higher on parents. Even though parents put screen time limits on their kids’ devices, the demand is still rampant and likely to continue to grow.