Over Half of US Household Stream TV Programming 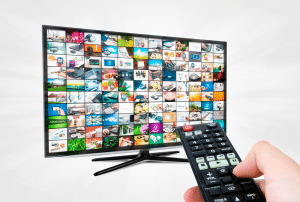 A recent Nielsen report uncovered that 65% of US households can stream TV programming content and do so daily. Roughly, that translates to around two hours a day per person, which means adults spend hours a day with their eyes glued to a connected device.

The 65% is an average, however. The number of adults that stream TV programming across the country varies city to city. For example, studies show that Austin, TX is the top streaming market in the country with 70% of adults streaming content. In contrast, a city like Pittsburgh only sees 45%.

Still, these are high percentages of streaming across the US. These high numbers indicate that local markets need to pay attention to what people are watching and how they are watching if they want to get in front of their target audience. These insights can open up a lot of new doors in the industry for things like ad space.

Here’s Nielsen’s breakdown on how streamers are watching TV programming:

We live in the age of streaming. And, while the numbers show that the majority of Americans are on board with streaming from media sources, there’s still evident value in traditional broadcast and cable networks.