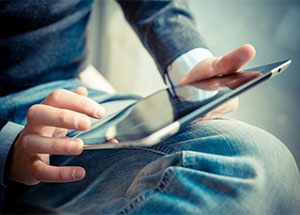 According to a recent report from Strategy Analytics’ newly expanded Connected Computing Devices (CCD) service, the tablet market declined 7%  year-on-year in Q1 2018. This was despite the top vendors — Apple, Amazon and Huawei — all finding success. Android and Windows tablets and 2-in-1 shipments weighed the market down.

Results from the report beg to question whether vendors can implement new strategies to turn their tablet business around. Several companies showed higher shipments year-on-year.  Apple iOS shipments saw a 2% growth year-on-year to 9.1 million units in Q1 2018. Others like Dell and HP have pivoted to the laptop market.

Customer interactions with computing devices rapidly change. Erik Smith, Director of Connected Computing says that new and improved options for productivity is a big area of opportunity.  Senior Analyst, Chirag Upadhyay points out that “companies like Apple, Amazon and Huawei continue to stay ahead of the curve with their timely and targeted product improvements.” Continued improvements will equal greater customer engagement and a rise in the market.