WiFi Has the Best Security for IoT 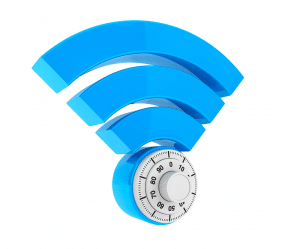 WiFi definitely has more security advantages than other IoT networking choices. Here’s why:

How is WiFi More Secure than IoT?

Here are some of the advantages to connecting your IoT device to WiFi:

So, WiFi may not be the best connection choice for all IoT applications. But it still has 20 years of technological maturity over IoT devices. Other IoT networking choices, such as Bluetooth, mesh technologies, LPWAN and 5G, run a higher risk of attack. In fact, in the past few years, one in five organizations have experienced attacks through IoT devices.

Bluetooth, mesh technologies, LPWAN and 5G are all great for IoT development. However, with the WiFi evolution on the rise (See: WiFi 6) there’s new WiFi capabilities that are designed to help identify and isolate IoT devices, helping to integrate them into networks and therefore limiting potential risks.

Compared to these other connectivity options, WiFi is a great solution for data-intensive uses. WiFi has always had to be ready to securely onboard and monitor devices, so it has evolved enough that it is ready for the IoT device connectivity complexities.

Because WiFi combines edge security with centralized cloud intelligence, it increases visibility, security and troubleshooting. WiFi has solid control systems. WiFi can identify and tag an IoT device and then assign a particular VLAN, set minimum and maximum data rates, data limits, application access, firewall rules, and other protections. Likewise, a WiFi network can kick off a device if it is lost, stolen or launches an attack.

While WiFi isn’t the perfect IoT network, it does offer many advantages when it comes to helping enterprises incorporate new IoT-based systems and sensors into their networks. The evolution of WiFi 6 has a lot of security advantages for IoT devices.