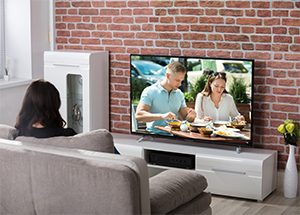 A survey conducted by Leichtman Research shows that 78% of US TV households have a subscription to a pay TV service. This shows a drop of 8% since 2013.

Digging further, 32% of those surveyed who have moved in the past year say they don’t subscribe to a pay TV service. In addition, 27% of households with an annual income of less than $50,000 do not subscribe to pay TV.