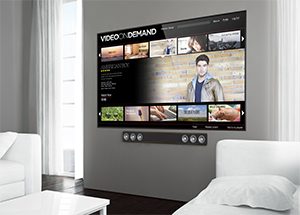 A new consumer research survey of 1,153 households nationwide from Leichtman Research Group, Inc.  shows that 69% of all U.S. households have a subscription video on-demand (SVOD) service. This shows a 17% increase from 2015. Major SVOD services include Netflix, Amazon Prime and Hulu. Of the 69%, 63% have more than one service, up 25% from 2015.

More information can be found here.